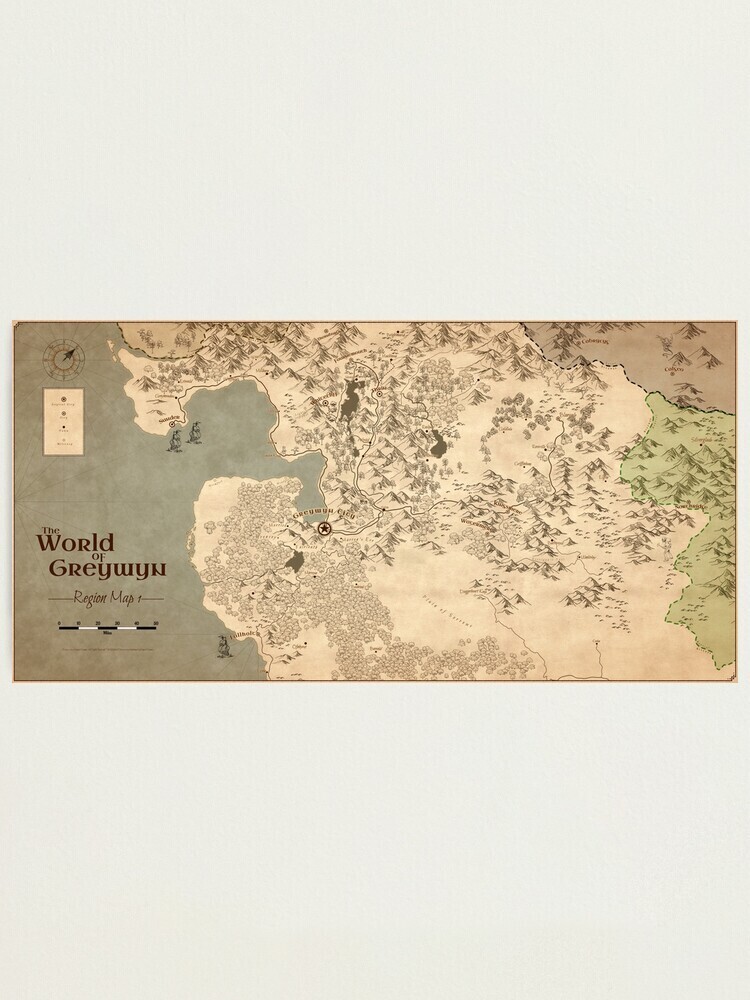 Region Map 1 for The World of Greywyn Second Edition features the areas known as The Forge, The Silver Coast, and The Expanse. It covers the upper half of the Kingdom of Greywyn, from Brightmarsh in the far north to the port town of Fallholt, bordering The South Lands.

This 6000 x 3000 px map shows all major cities and towns, several major military keeps, and major land routes. It is provided in JPG, PNG, and PDF formats for your convenience. This is a perfect supplement to the World of Greywyn Second Edition Core Setting.

(You'll also get a peek at the lands of Estor, Azuriel, and Rinn!)

Look for other maps from The World of Greywyn coming soon!

License: Personal Use only.

Save this product for later
Display prices in: USD