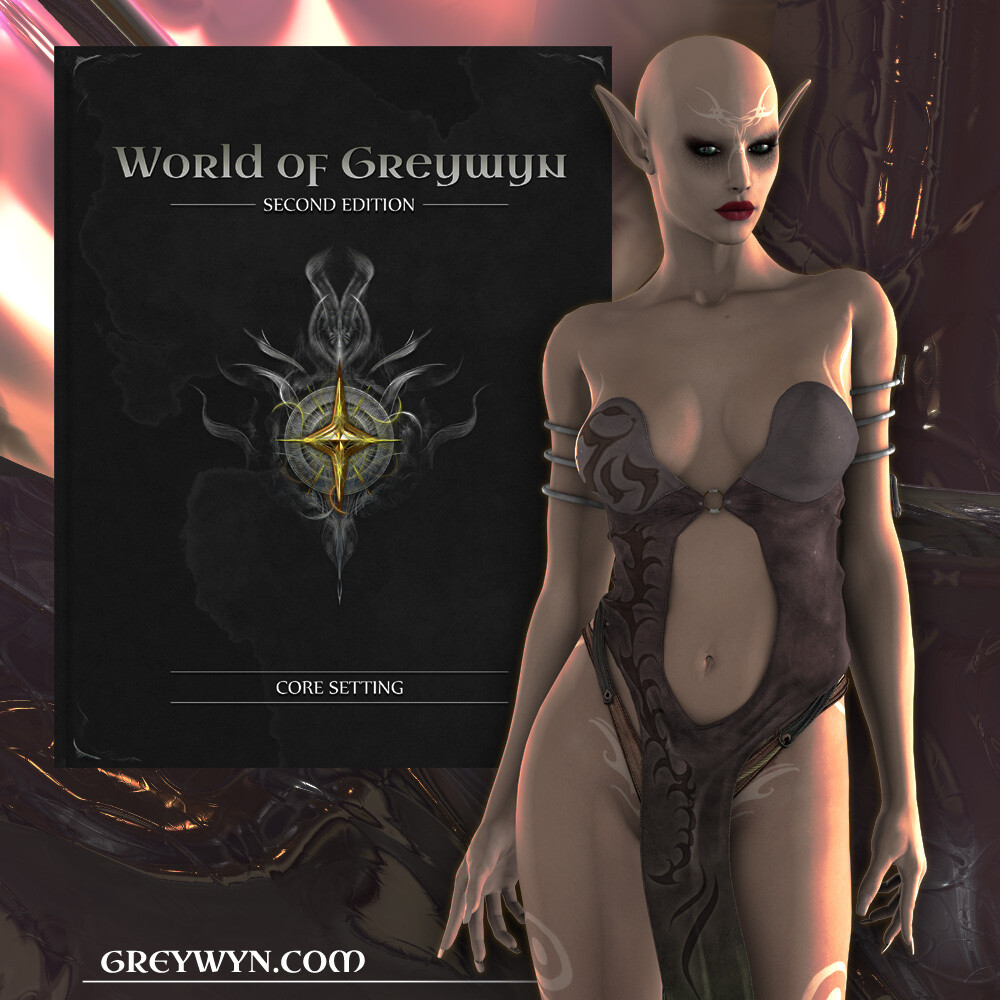 World of Greywyn was first released in November 2015. What started as a simple campaign setting has evolved into its own rich, complex world complete with interesting characters, locations, and unique lore.

This Core Setting is the first installment in the World of Greywyn Second Edition. This new version of the setting features characters, items, and new locations that extend beyond the borders of the original release.

As these details unfolded it was necessary to make a few map changes, but nothing that should prevent you from using it alongside your existing "Core Setting 1.0” campaigns. A full changelog is included in the Core Setting book.

What else is new? Characters! The new Character System lets you play as a Warrior, Mage, Archer, or Rogue. The system is simple for both beginners and for players who just want to get on with the quests without spending too much time on character creation. It is also flexible enough to mix and match with your own rules.

We have also added NPCs to many locations in Greywyn, and you’ll find several of them included here that your players may encounter in their quests.

(*Note: All books & maps are downloadable PDF documents, not a physical book)

I hope you enjoy World of Greywyn for years to come!

It's important to note that Greywyn does not include its own rule system and isn't dependent on any specific game engine. There are many rule systems available that you can adapt to Greywyn. You should also consider the Character System "experimental" and evolving - there will be iterative updates to this product as I refine these features.

Save this product for later
Display prices in: USD